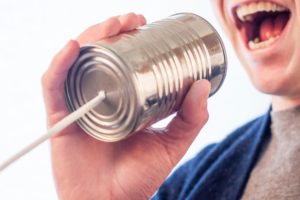 The artificial larynx was invented at Bell Labs in 1929. This first speaking device was activated by air blown out through the stoma much like today’s Tokyo artificial larynx. The device was not very loud and required extensive training for use. After the development of the transistor, miniature electronic circuits paved the way for a battery-powered electrolarynx that also was developed at Bell Labs in the late 1950’s. AT&T, also known as “Ma Bell” had a monopoly on phone service. Their world-renowned research and development center was investigating all aspect of speech. While the commercial justification was that the electrolarynx would enable laryngectomees to use the phone system, AT&T was also a master at public relations and maintaining a good image in front of state regulatory boards, which set their rates.

The next major development for the electrolarynx was the Cooper-Rand, invented at the Rand Corporation, an independent research company. A major inventor on the project was Tom Lennox who went on later to found the laryngectomee supply company Luminaud. Tom and his team recognized that because of both scarring on the neck from the laryngectomy and swelling of the neck tissue that a traditional electrolarynx might not work for everyone. His team developed the first oral adapter, an electrolarynx that has sound delivered directly into the mouth by a tube that eliminates the problems caused by poor transmission of sound through the neck. Many companies today have copied this development by providing an oral adapter on their regular electrolarynges.

In the early 1970’s American products were not the most durable and reliable. The German company Servox saw a market opportunity for their ultra-well-engineered device and marketed through Siemens that also had the reputation of supplying great German products. Servox rapidly made inroads to the US market because devices were primarily sold through speech pathologists who then were responsible for getting repairs done. This extra work was very annoying and both the quality and the reputation for quality soon gave Servox a dominant position in the industry.

In 1995, the UltraVoice speech device was introduced to the market. The UltraVoice featured a miniature radio built into a denture so that the sound came directly from the mouth. In addition, it had a microphone and loudspeaker system that enhanced quiet consonants and created a more intelligible speech sound. The UltraVoice was handicapped in the market because the cost of dentures and the custom fitting raised the price well above that of the electrolarynx.

The T.E.P. was also introduced in the mid 1990’s. A speech pathologist and ENT doctor (Mark Singer, Ph.D. and Dr. Eric Blom) developed it. The so-called Blom-Singer device was a silicon valve inserted between the trachea and esophagus allowing out breathing air to be redirected through the esophageal sphincter. This airflow through the narrow sphincter creates a vibration that can be used to shape speech.
While the voice quality varies, the TEP is found in about 70% of present day laryngectomees. The US market for electrolarynges is currently served by such brands as Servox (Digital XL), Griffin Labs (TruTone Plus, TruTone, SolaTone Plus, Solatone ), Romet ( R120, ECHO II, Inspiration, R120, R310), Mountain Precision (NuVois -I, ii & III and xtra-vois), Archer Medical Devices (iVox), INHEALTH Technologies (Blom-Singer Electrolarynx EL 1000), UltraVoice (Plus).

The best know distributors are Lauder Enterprises, Bruce Medical, Luminaud, Griffin Labs, Romet, and Mountain Precision. These companies all have been around 30 years or more. A more complete list with some of the newer companies can be found at the web address http://www.webwhispers.org/suppliers/suppliers.asp.
WebWhispers was started in 1996 for those who had questions about larynx cancer treatments, surgery, recovery, and what life is like after laryngectomy surgery. They are now the largest support group for individual laryngectomee survivors of larynx and other throat cancers. They offer advice from those who have been there and education at the time it is needed.

Watch the video of Carl Andrews below. 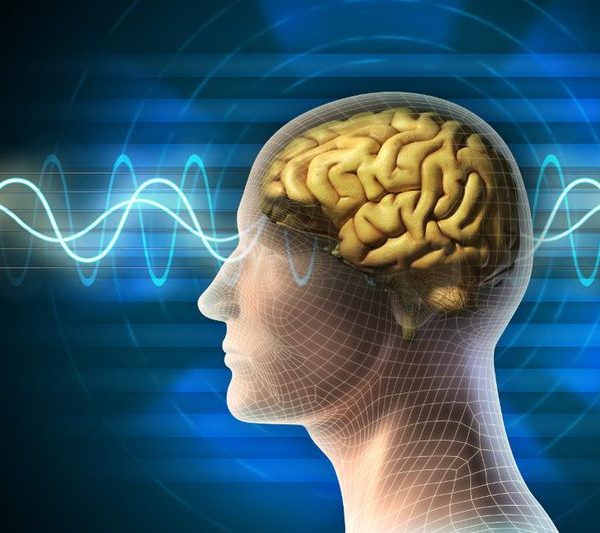